Dr. Akinwumi Adesina re-elected as President of the AfDB 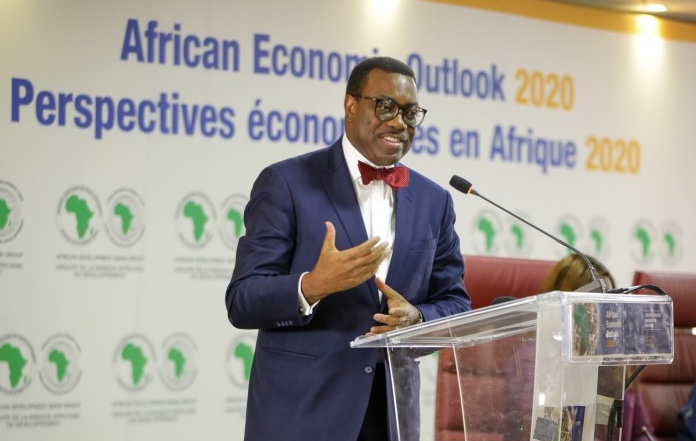 Incumbent President of the African Development Bank (AfDB), Akinwumi Adesina has been re-elected to serve a second five-year term as President by the Board of Governors of the continental financial institution.

The new term commences on September 1,  2020. He was first elected as the President of the African Development Bank on May 28, 2015.

As President in his first term, he has spearheaded initiatives and reforms within the AfDB that will accelerate Africa’s development. He got 100% of the votes from all regional and non-regional members of the bank.

Chairperson of the Board of Governors of the Bank, Mrs Niale Kaba, who is also the Minister of National Planning of Ivory Coast said in a statement said: “I am delighted that the Board of Governors has re-elected Dr Adesina for a second term in office as President. As shareholders, we strongly support the Bank and will give him all the necessary support to carry forward and implement his compelling vision for the Bank over the next five years.”

Dr Adesina, Nigeria’s former Minister of Agriculture in his first term as President of the AfDB was focused on five development priorities: Light up and Power Africa; Feed Africa; Industrialize Africa; Integrate Africa; and Improve the Quality of Life for the People of Africa.

The AfDB under his tenure currently maintains a AAA Fitch Ratings for five years in a row and raised the capital base from US$93 billion to US$208, the largest in the history of the continental financial institution.

An elated Adesina said after the election: “I am deeply grateful for the collective trust, strong confidence and support of our shareholders for electing me for a second term as President. It is yet another call for selfless service to Africa and the African Development Bank, to which I will passionately devote myself.”