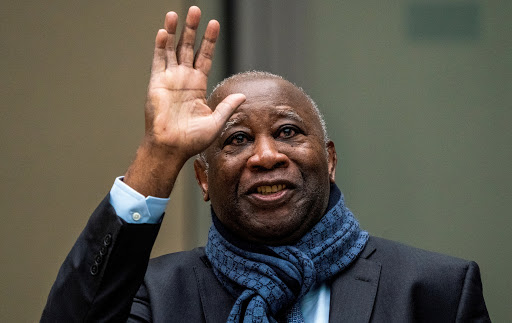 The supporters of the former President of Ivory Coast, Laurent Gbagbo have filed a candidacy bid in his name following an extant rule by the electoral commission in the country that disqualified him.

A pro-Gbagbo coalition named, “Together for Democracy and Sovereignty” declared that they will file the candidacy of the ex-President following laid-down procedures by the Independent Electoral Commission.

The head of the IEC, Ibrahim Coulibaly-Kuibeirt confirmed the possibility of filing to run for office without being physically present, and it seemed like a sharp contrast to the revision of the electoral list he spearheaded earlier this month.

“Any person convicted of a misdemeanour or a crime and stripped of their civil rights has been removed from the list,” the quote read and that meant Gbagbo’s Presidential ambitions was axed.

Laurent Gbagbo was charged for the 201o post-election crisis and the looting of the nation’s treasury. He was acquitted by a court of the first instance and have moved to Brussels, Belgium for a possible appeal.

Over the years, Ivory Coast has been mired in pre-election and post-election violence. In 2010, over 3,000 people died and eight people have died in August 2020 following the